I've heard it more times than I can count in the past two months..."Why aren't you blogging anymore?" I've felt guilty about it more times than I can count, too, which is kind of lame. For crying out loud...I often shower just to change into a clean pair of jammies, I'm single-handedly ruining all three of my kids and I eat way too many Pretzel M&Ms...I have plenty to feel guilty about without adding blog neglect. (Sidebar: I'm in p90x rehab for the M&M issue. I've had the same bag of Pretzel M&Ms in my pantry for 3 1/2 weeks now. That's a personal best.)

Anyway...I read something online and it's irritating me into blogging submission. Some of you couldn't care less, and that's okay too, but I'm feeling the need to share.

Did you catch that? Couldn't care less. This morning I was reading an article on my AOL homepage. (I'm really more of an MSN girl, but I'm also borderline computer illiterate and haven't investigated how to change it. Another day maybe.) The author made the comment that she "could care less" about a situation in her life. Inside I screamed. I know there are SO many more important issues in the world, but come on. It's bad enough when the general public misuses the phrase. When a "writer" does it, I have to say something.

The actual phrase is couldn't care less. If you incorrectly say "could care less" you're negating the whole premise of your comment. Let me explain:

So you came to my blog because I finally updated it after two months of silence and I ruined your day with my grumpy tirade...and I couldn't care less. Haha I'm joking!!! I could totally care less... ;)
Posted by Brenda at 6:42 AM

haha!! You're hilarious Brenda :) I take my proper spelling and grammar very seriously too. HUGE pet peeve of mine!

Hahaha! I'm guilty and didn't know it! BUT, NOW I do and won't be making that mistake again. And alas, this will be added to my subconscious memory and I will have the uncontrollable desire to correct anyone with my former problem. LOL. You are hillarious and I'm glad you're blogging!!!

Welcome back! You came straight out of the gate, with a great post. I LOVE rants and when people mess up grammar, it totally irritates me as well...so...well done!

Have to say - it's bugged me, too! Thanks! (and aren't those pretzel M&Ms good?)

Yeah! I can comment today on your dad's computer. The main comp finally got dumped at the Comp Dr.s'! Just as I am trying to write a talk for church, of course. Love your writing on any subject...have heard this topic before but not as well worded. Fun. How's school going for Seth?

I am so glad to see you back... I am trying to keep my blog up too. It's hard when you are coming off of a facebook addiction :) We need to have a girls night with Sam soon, she raves about your house and I am dying to see it!!!

That is my dad's pet peeve too. Some of my favorites: ya for you, jewlary for jewelry, nucular for nuclear, and loyer for lawyer.
Love your posts.

I miss getting updates on Facebook when you make a new post. I hope you and your boys are doing well. We are moving to Texas in a couple weeks. Merry Christmas! I don't have an email for you but if you'd like, you could email me at valoriemichelle@gmail.com. Keep in touch, it would be nice to hear how school is going and see more photos of your cute boys.

I Love your husbands music and use it to teach my pilates classes, I have a 15 yr. old son who is a beautiful piano player, I was trying to find sheet music of your husband's compositions to buy, if there is such a sight I would love to have it for my son to play!
What an awesome legacy to inspire other artist!
cornwelllori@yahoo.com

Hey there, what happened to u? I was looking u up on fb and couldnt find u anymore. Is everything ok? *val guidry* email me @ vgrox@hotmail.com :)

Brenda, I miss you! I've been wearing the necklace you sent me. I've been wondering if you have a photo of you and your boys that you love??? Julie

Brenda, You have come to my mind so strongly this day. I have had the most driving desire to find you and connect again. Why I feel this drive, I don't know. Is it because Larrin, my baby boy turned 24 today. Is it the memory of your Relief Soc. lessons. The fact that Matt was personally a friend and employer of both LeRand and larrin. Is it that LeRand was just here for a visit with his 3 boys all 4 1/2 and younger???? Is it that I remember being your first visiting teacher when you and Matt moved into the Alma 1st Ward??? I don't know, but I hope that this reaches out to you and you check this blog. The last comments seem to be in 2011, if I read it right, so you may not see this at all, but my prayer is that you will feel my reaching out and find I am here and I am wanting to know how you and your 3 little men are??? I am on Facebook, but I put out a post and a friend Googled you and found this blog......I would love to connect again.....Leola Dixon a fan of Yours forever xoxoxox
480-897-0100.....:-)

It's a couple of weeks before Christmas. Last year I found a beautiful CD of Christmas music that Matt had created and I bought it. I loved it so much I also got a copy for my daughter, who was a friend of Matt's in high school. (Our family adored having Matt come over to our house and play the piano - our little piano never sounded so good as when Matt played it!)

It's been a few years since you wrote anything on your blog so I don't know when you'll read this comment.

I mostly want you to know that I'm thinking of you and your beautiful, precious sons. I hope that things are going well for you.

Brenda
Oh yes I am wise But it's wisdom born of pain Yes, I've paid the price But look how much I gained If I have to, I can do anything I am strong I am invincible I am woman 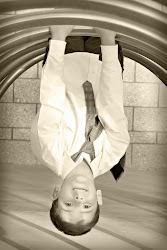 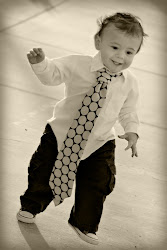